It’s so low, that I want to buy one. You might think that is a natural response, but I received a free one awhile ago (for submitting a BB app) and then promptly gave it away. Yet, I feel like I need to take advantage of the Staples’ price on the Playbook and buy one – it’s 80% off!

I guess my instinct is that I don’t expect the Playbook to get any cheaper – although I’ve seen Chinese 7″ tablets with last generation (or maybe 2 generation old) technology go for USD$60 shipped. But at that point, I think RIM would be taking a total loss on it in order to convince retailers to sell the Playbook.

A few days ago, RIM announced a promotion where if you publish an app to their App World, you could receive a free PlayBook. They had run this promotion before, and while I love free stuff (especially expensive tech stuff), I declined to participate. I just couldn’t get excited about making an app for BlackBerry and having to install/learn a new platform.

Things have changed now, because the PlayBook has an Android runtime where you can run Android Apps on. I have several Android apps so it’s not too difficult for me to convert one of my apps to run on the PlayBook – and if I do, I could get a free PlayBook out of it! Sounds like a good deal, as long as I can do it all by February 13th – which should be straightforward because RIM has tools to convert your Android apps through an online interface.

I heard about this last Friday (I think) and I am finally at a stage where I can submit my app (except I can’t). I first ran into trouble because their online tool didn’t work! Even after I spent time generating 2 different keys (and waiting for them to be “delivered” via email), generating a certificate, choosing and verifying a PIN, and setting two different passwords. Everything had 3 letter acronyms and I didn’t understand what I was doing – when all I needed to do was to sign my application. So I gave up for a few days.

When I finally came back to it, I finally got through the process by requesting two new keys, entering new passwords and PIN again, and generating certificates. Yay it only took me 3 days to get through a 5 minute wizard – and I didn’t learn anything from it, except that you need to know a heck of a lot of terminology just to sign your app.

Next step was to get a vendor account (so I can publish my app) – and currently where I am stuck. I had to enter my phone number a couple of times and some more email addresses before I could create an account. I guess someone has to physically review my contact information, because my account isn’t activated yet after almost 24 hours. I wonder how long it’ll take? I guess you need to plan well in advance if you want to submit any app at all. It’s almost a stupid enough process that I might give up on getting a free PlayBook, let alone publish more apps onto App World.

Barcode of the 21st Century

One thing that I noticed in Japan was the heavy usage of QR Codes on advertisements and what not. These scannable codes weren’t very common in North America but lately I’ve been seeing them used more and more (i.e., Blackberry). 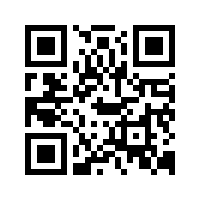 The codes are a quick way to encode some text information, but mostly I see them used to encode a URL. Now that many more people in North America have data-enabled cell phones (but not necessary a good way to type, or are lazy); they can just take a picture of the code and have the page opened automatically. To the right is the QR code for http://www.orangefever.net/ (yay for Google for having an easy way to convert text into QR Code).

The idea itself is fascinating to me because, like a barcode, it is not human readable at all. It just looks like some noise, but you can fit 1000 phone numbers into one QR code!