In the few short days between the wedding and the honeymoon, I went on a shopping spree for animated, comic DVDs. I bought Ultimate Avengers 1, Ultimate Avengers 2, Superman: Doomsday, and Justice League: The New Frontier. 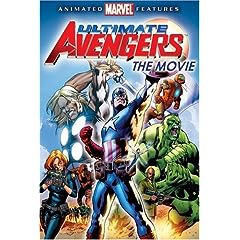 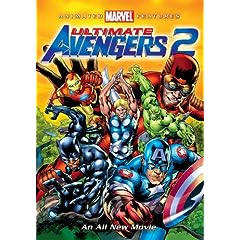 I was particular interested in the Ultimate Avengers series because I never watched a cartoon featuring the Avengers, and secondly this series is supposed to be based off of the Ultimates series which combines the Marvel universe with our real life one, complete with mature themes and scandals. However, after watching both, I was disappointed by the execution. They tried to combine too many back stories into the plot, and watered down the dialogue and story to kid-cartoon level. I don’t think I’ll buy any more Marvel comic DVDs because both of these were two out of five movies.

Superman: Doomsday was better. This movie dealt with the death of Superman at the hands of Doomsday, and was great up to the death part. Then the story took on a turn (couldn’t end the DVD at 30 minutes) and the plot suffered. However, the movie still had the DC experience in cartoon making going for it, and so it wasn’t too bad. Although, Superman had some weird wrinkles on his face for some reason, which he never had in Justice League. Three out of five for this one.

The best was by far Justice League: The New Frontier. This story didn’t really fit in with the current timeline, and is a flashback to the Silver Age of comics. The Americans had just finished fighting a war, and the Justice League did not exist yet. However, a greater enemy brought the heroes together. The neat aspect of this movie was that setting was in the 50s-60s and so had a classic feel. This one gets a three point five.